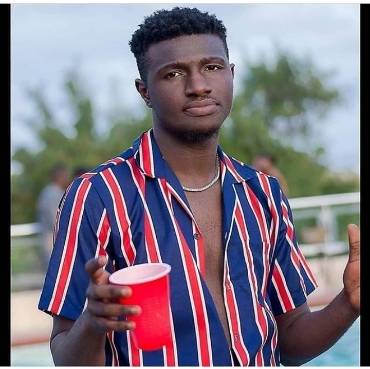 Nasty blaq is known for uploading funny skits on Instagram, and has managed to gather a great amount of following in a short period of time.

Nasty blaq is known for his facial expressions and his exaggeration. Most of his skits usually centers around beautiful women, this has brought blaq criticism in the past, as some people feel that his videos promote sexual harassment.

He has since come out to deny this, stating that he is in no way promoting sexual harassment, and his videos are meant to just make people laugh.

Let us see an overview of Nasty blaq profile:

Nasty blaq whose real name is Abisi Emmanuel Ezechukwu was born on the 23rd of September 1996 in Lagos state, Nigeria and is an Instagram comedian, content creator, entertainer and actor.

Not much is known about Nasty blaq early life, but we do know that he originates from southern-eastern Nigeria and is of the Igbo tribe.

He was born and grew up in Lagos state, Nigeria and started comedy while he was still in secondary school.

Nasty blaq started developing interest in comedy right from his secondary school days. He is known for his comedy skits, that has people laughing and rolling on the floor.

His comedy has been able to attract him a huge following on Instagram, similar to some very popular Instagram comedians like Sydney talker, Craze clown etc.

He is one of the fastest rising comedians in a very competitive industry, that sees lots of talented young people fight for the attention of the Instagram community.

Instagram comedy has made stars of seemingly ordinary individuals. Comedians like craze clown, Sydney talker have had the opportunity to do things that many dream of, just by becoming very popular on the photo sharing app.

Nasty blaq comedy videos usually centers around beautiful women, for which he has been criticized for seemingly promoting sexual harassment.

Blaq received heavy criticism when he released a skit titled “The lockdown has affected my eyes”.  In the skit, Nasty blaq was seen sitting at the doorstep of his house, in a short while, his neighbor (a lady clad in a pink bathroom robe appears).

As she approached him, Blaq rubbed his eyes and it appeared that the lady was dressed in something else (a yellow swim suit that did a poor job of covering her body over a white see through shorts).

She then asked Blaq, if he had oil, of which Nasty blaq was thinking of some sort of sexual lubricant, she then clarifies herself, saying she was referring to “Groundnut oil”.

Nasty then tells her, that the oil is inside his house, he then walks in after her, then locks the door and disposes of the key.

Many Nigerians thought he was promoting sexual harassment, especially during a time when news of Rape was rampant in the country.

Another of his videos with former big brother naija star Kemen, also raised eyebrows. In the video, Nasty blaq was walking with his girlfriend, when they walked past Kemen, who hit his girlfriend’s buttocks.

Nasty blaq has since come out to defend himself in an interview with the punch, which he said that his videos are just meant to make people laugh and does not promote sexual harassment in anyway.

He also added that he doesn’t read comments, and he’s satisfied with the praise that he is getting.

It should be noted that Nasty blaq is not the only Instagram comedian to be accused of promoting sexual harassment or putting out offensive materials. Sydney talker in the past has been accused of similar.

Nasty blaq net worth has been estimated at $20,000. He is one of the fastest rising Instagram comedians and has more than half a million followers on Instagram.

He makes money by advertising on his Instagram page, as well as from his YouTube channel, where he has lots of subscribers.

NOTE: Nasty blaq net worth is not official and is just an estimated figure.

If you want to follow Nasty blaq on social media, you can do that on the following cannels:

What is Nasty blaq real name?

Where is Nasty blaq from?

Nasty blaq is from the southern eastern part of Nigeria, but was born and grew up in Lagos state.

How old is Nasty blaq?

Thank you for reading my Nasty blaq biography and net worth, if you have anything to add, or perhaps you have corrections to make, you can leave it in the comment section below.