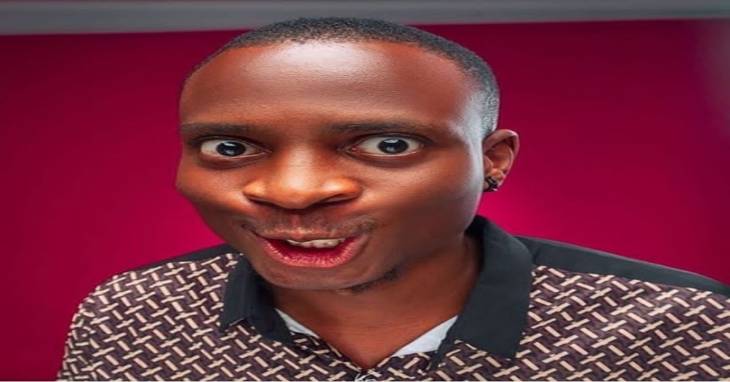 Sydney talker is a popular Nigerian Instagram comedian and MC, Sydney is known for his unique facial expressions and also for carrying a white towel in most of his videos.

Sydney talker has been doing short comedy skits for a while, but it wasn’t until around 2016 that he truly came to prominence after he released “poor power supply” comedy skit.

If you are an Instagram user, you must no doubt have come across one of his videos, Sydney talker is a very creative comedian and his skits will surely get you laughing out loud.

Along with other comedians like Mc lively, taooma, Lasisi elenu, Nasty blaq, Craze clown (whom Sydney talker have collaborated with in the past), Sydney has garnered over a million followers on Instagram and continues to wow his audience with his creative skits.

In the past, Sydney talker has been criticized by his fans for promoting sexual harassment in his skits, he was also involved in a controversy in 2020 that we will see much later in this post.

Let’s take a look at Sydney talker’s profile before we begin.

Other nicknames: The towel guy

Sydney talker is a Nigerian Instagram comedian that was born in Lagos state Nigeria in the year 1995, he was also raised in Lagos but hails from Edo state.

The only child of his parents who divorced at a very young age, Sydney talker has gone on to become one of the most popular Nigerian online comedians.

He came into limelight sometime around 2016, when he released the “poor power supply” comedy skit, ever since then, he has gone on to garner over a million Instagram followers.

Sydney talker studied computer science in the great university of Benin, it was there he shot some of the videos that brought him fame.

In the next paragraph, am going to be telling you about Sydney talker’s career.

Sydney talker has always been into comedy, but he really started shooting comedy videos in 2015, he rose to fame in 2016 when he released the skit name “poor power supply”.

He has since gone on to shoot many viral videos with the likes of Davido, basket mouth, Zfancy, Craze clown and other popular figures.

Sydney talker has stated that the idea behind most of his video skits usually come from things that happen around him or others.

Sydney talker is the founder of BADMOUT, a comedy web series that airs in UNIBEN, that features different individuals trying to insult each other in comedic ways.

Sydney is also a good dancer and he sometimes posts videos on his Instagram of when he is dancing, sometimes alone or with his other friends in the comedy industry (Pankerooy, Nasty blaq).

In the next paragraph, am going to talk about Sydney talker education.

Sydney talker is a student of university of Benin where he studies Computer science. According to Sydney talker, his decision to study Computer science came as a result of his desire to learn “Film making”, which is not a course in the Nigerian University.

Broda Shaggi biography and net worth

Many people want to know if Sydney talker is in any kind of relationship, but he isn’t currently in one. Although Sydney does shoot lots of skits with attractive women, he isn’t in a relationship yet.

Sydney talker has over a million followers on Instagram, he makes money through music promotion on his page, and also has some endorsement deals. Sydney is also an actor and has been featured in a few movies.

Sydney talker’s net worth has been estimated at $40,000 (not yet official). This figure is bound to increase if Sydney’s stock continues to rise.

Sydney talker was involved in a corona virus controversy, in which he posted a video of himself showing some symptoms of the Covid-19, he also called out the NCDC for not attending to him after he made several calls.

He claimed the NCDC dismissed his claims as some sort of ploy for a new comedy skit, he was later taken for tests, for which it came back negative.

There was some backlash from fans who thought he was just looking for some cheap attention; which Sydney has come out to deny.

Thank you for reading this post on Sydney talker biography, if you have any additions or corrections, you can leave them in the comment section below and I will tend to them as soon as possible.