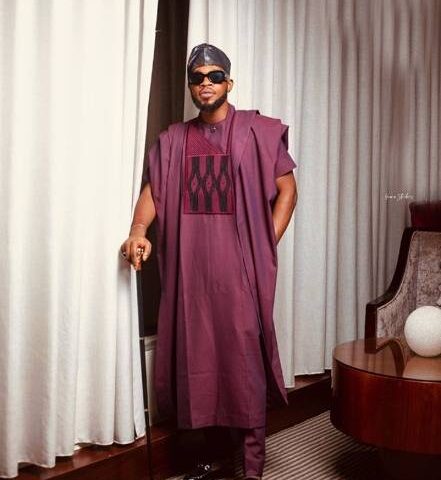 Broda Shaggi is a popular Nigerian Instagram comedian that was born on the 6th of July in Ogun state, also known as Nigeria’s finest area boy or Oya hit me, Broda Shaggi has gained massive popularity on social media in the last few years as a result of his funny skits.

Broda Shaggi first attracted public attention when he released a skit titled “Jesus appeared in Mushin”, in this skit, he portrayed an area boy in a Yoruba setting, it was in this video that his slang “Oya hit me” became popular.

Broda Shaggi defended himself, by saying he was just acting a part and he used an example of an actress playing the role of a prostitute to buttress his point.

According to him, you would not expect an actress playing a prostitute role not to dress like one because she is not a prostitute in real life.

Remember to drop a comment after you finish reading and share with your friends also. Let’s get into it then.

Broda Shaggi whose real name is Samuel Perry is a popular Nigerian Instagram comedian who was born July 6th in Ogun state.

Broda Shaggi gained popularity when he released a skit titled “Jesus Christ in Mushin”, the video went viral and made Shaggi a household name in Nigerian comedy.

He had acted many roles (Inspector Perry, a police man, professor dele, Akonni Ibadan) before he decided to settle for Broda Shaggi.

He started doing comedy during his university days in the university of Lagos, Nigeria where he studied creative arts.

Broda Shaggi is one of the most popular Nigerian comedians and he has over a million Instagram followers, putting him in the same bracket as the likes of Sydney talker, Craze clown, Taaooma etc.

Broda Shaggi started doing comedy during his University days, he had previously acted many roles including Inspector Perry, a police man, professor dele, Akonni Ibadan before he gained fame with Broda Shaggi.

According to Shaggi he always had a passion for drama and he was motivated by his late father who taught him drama at June flower junior school, Ikenne, Ogun state.

He previously said in an interview that he just wanted to make people laugh despite all the hardships that was going on in the country.

The name Broda Shaggi was gotten when he visited a Mechanic workshop and overhead them playing around with the character, he liked it and thought it was funny, so he decided to adopt the persona.

Broda Shaggi gained popularity when he released a skit titled “Jesus Christ in Mushin”, the video went viral and made Shaggi a household name in Nigerian comedy.

He portrayed an area boy in a Yoruba setting, it was in this video that his slang “Oya hit me” became popular.

Apart from comedy, Shaggi is also a voice over artiste and script writer, he has appeared in some movies.

He is friends with Uche Jombo, who he considers to be his Big sister. Shaggi said that Uche Jombo is a very humble person and despite her success and fame has always remained grounded.

Broda Shaggi is very popular in the Nigerian comedy industry, he has millions of Instagram followers and also has a YouTube channel with plenty of subscribers.

He makes money by promoting brands on his Instagram page, as well as make money off his YouTube channel.

He also has some endorsement deals with some very big Nigerian companies.

His net worth is estimated at $100,000 and will definitely continue to grow as long as his brand keeps growing.

Many people want to know who is Broda Shaggi girlfriend. Shaggi has been linked with popular Nigerian disc jockey Ifeoluwa Florence (DJ Cuppy), although it seems their relationship is likely just platonic.

He has also been linked with Sophia Uriren who many people say is “Aunty Shaggi”.

Thank you for reading my Broda Shaggi biography, if you have corrections, leave them in the comment section below.