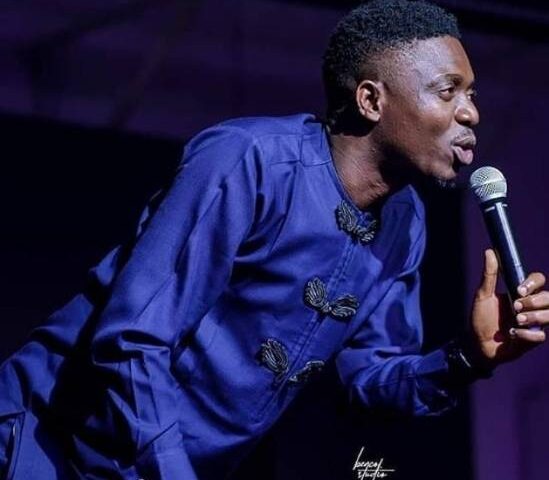 Destalker is a Nigerian comedian, presenter, event planner and radio presenter, he is one of the fast rising comedians in Nigeria.

Destalker is very well known on the island in Lagos, where he runs 4 different comedy clubs. He is also known as the Otota1 of Africa.

He started out as an artist and an Okada rider before he found his calling in comedy and has since gone on to great things.

Remember to leave a comment after you finish reading and also share with your friends on social media.

Also known as: The Otota1 of Africa

Date of birth: Not yet available

Destalker net worth: Not yet available.

Destalker whose real name is Oghenekowhoyan Onaibe Desmond Oghenebrorhie was born in Delta state and is a Nigerian comedian, show host, event consultant and radio presenter.

He was born in a family of 9 children, of which five are boys and four are girls, his dad is an actor, who is also a comedian, he is the 1st Urhobo film actor in Delta state (According to destalker in an interview). His fathers’ name is Ewaraye Augustine, but he is popularly known as Ekwetakufia, the CEO of Ekwetakufia & sons urhobo comedy films.

His brother is also a comedian whose stage name is “Bishop da comedian”.

According to destalker, he has always been funny and has been doing comedy since secondary school, even though he really didn’t see it as a means of income.

It was later in his life after graduating from the Enugu state University that he got into comedy fully.

Destalker is a graduated of the Enugu state University, where he studied public administration and graduated in 2006.

Destalker was an artist who made paintings and sold them, he also was an Okada rider. It was during his time riding Okada that he met with one of the directors of the Enugu broadcasting service (ESBS).

The director thought he was quite comical, and asked him if he was a comedian, he also offered destalker a chance to work on radio as a presenter with someone.

Destalker told the director that he would do it, even after he admitted that he hadn’t done something like that before.

He started doing a 15-minute comedy Programme on Enugu broadcasting service (ESBS) alongside someone else, before he was later given his own radio Programme, also on ESBS.

He later moved to Lagos to stay with his Aunt, it was during that time that destalker was able to link up with some popular Nigerian comedians like basketmouth, Klint d Drunk and others.

Destalker initially called himself I DON DIE, which was an imitation of popular Nigerian comedian I GO DIE, he later realized that he was limiting himself and decided to dump the name and build his own brand.

Destalker is called a motivational comedian, this is because he motivates his audience in a comical way.

He runs about four comedy clubs on the island of Lagos and works with different big brands to help promote their products.

He won the best Motivational comedian of the year 2004-2006 in the Enugu state University of science and technology.

Not much is known about Destalker net worth. He is still up and coming in the comedy industry.

Broda shaggi biography and net worth

Thank you for reading my Destalker biography, if you have any corrections or additions, you can leave it in the comment section below.

Remember to share with your friends on social media, thank you for reading.