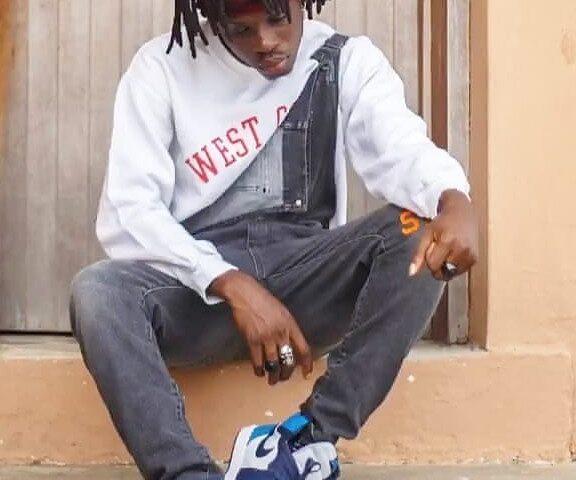 Fireboydml biography, net worth, career, education, songs and many more

Fireboydml is a Nigerian singer and song writer that hails from Ogun state. He first came into prominence when YBNL (yahoo boy no laptop) boss Olamide Adedeji unveiled him as his newest addition to the YBNL family.

Fireboydml was featured on the YBNL family mafia album, it was on this album that he first released the song that shot him to stardom, the songs’ title is “Jealous”.

He also released a highly successful commercial album titled “Laughter, tears and goosebumps” in 2019, the album was a 13 track album that was lead by hit singles “Jealous”, “King”, and “What if I say”.

The album has over 16 million streams on Spotify, and is commercially one of the most successful Nigerian albums in recent times.

Fireboydml has taken the Nigerian music industry by storm, his sound, which he calls “Afro-life” is unique, and makes fireboy to stand out as one of the most promising Nigerian artiste.

Fireboydml whose real name is Adedamola Adefolahan, is a Nigeria singer and song writer who was born on the 5th of February 1996 in Abeokuta, Ogun state.

He is the first child in a family of three male children. Fireboydml realized he could sing at a young age of 12, he had always written poems.

Fireboy didn’t really take singing seriously until his university days, when he started performing at shows and earning a little money, before he moved to Lagos to pursue a music career.

Fireboy completed his primary and secondary school education in Abeokuta, Ogun state. He got admission into the Obafemi Awolowo University (OAU) in Ile Ife, to study English language.

He graduated with a Bachelor in Arts (BA), it was during his university days that Fireboydml embraced his musical talent and started performing in school shows.

According to Fireboydml, he realized he could sing when he was 12 years of age, he initially had always wrote poems.

It wasn’t until his university days that fireboydml started taking music seriously, he started performing in school shows, he even paid to perform in some shows. He said he was inspired by Passenger, Wande coal and Jon bellion.

After graduating from OAU (Obafemi Awolowo university), Fireboydml decided to move to Lagos to further pursue his music career.

He started living with some of his friends, he performed in shows as well as wrote some songs for people for 30k to 50k.

According to Fireboydml, he regretted selling some of his songs to other people, but he realized that it was just all part of the process.

In 2018, Fireboy was signed by Olamide Adedeji to Yahoo boy no laptop (YBNL), he was signed as a replacement to Adekunle gold, who left the label after releasing his album LIFE.

Fireboydml was relatively unknown when he was signed alongside Picazo Rhap and Yomi Blaze.

Fireboydml was part of the YBNL mafia family album, in which he featured in about 5 tracks, the album contained the song that will eventually blow him up “Jealous”, which was produced by Cracker Mallo.

The song didn’t get much attention as part of the YBNL mafia album, so it was re-released as a single on the 25th of March 2019.

The song gained massive airplay and was almost a national anthem in the country, it also helped fireboy get numerous nominations and awards.

Fireboydml released “What if I say”, “King” as a follow up to “Jealous”, they achieved almost similar success and made fireboy a familiar name in the Nigerian music industry.

In 2019, Fireboydml released his debut album “Laughter, tears, goosebumps”, which was led by hit singles “Jealous”, “King”, “What if I say”.

The album was a commercial success, getting over 6 million streams on Spotify as well as getting numerous awards nominations.

According to fireboy, all 13 tracks in the album was recorded in about 5 days. The songs on the album are: Vibration, need you, Jealous, Energy, Like I do, Gbas gbos, Omo Ologo, what if I say, King, Feel, Scatter, Wait & see and Give me love.

Vibration, need you, Jealous, Energy, Like I do, Gbas gbos, Omo Ologo, what if I say, King, Feel, Scatter, G-strings, High on life, You’ll be fine, Ajoke, Star, Wait & see and Give me love.

He won the city people music awards “Most promising act of the year (2019).

Fireboydml net worth is estimated at $200,000. He has made a lot of money from his very successful album “Laughter, tears and goosebumps”, which has a lot of streams on Spotify, as well as other music platforms.

Fireboydml also has some endorsement deals and gets to perform in the biggest shows in the country. His net worth will definitely continue to grow as long as his profile does.

Fireboydml girlfriend is not known, that doesn’t necessarily mean he is not dating anyone, he is probably keeping his private life away from the media.

As soon as we know who he is in a relationship with, we will update this page.

If you want to follow fireboy on social media, you can do that by following the below handles:

Thank you for reading my Fireboy biography, if you have corrections or additions, you can leave them in the comments below.