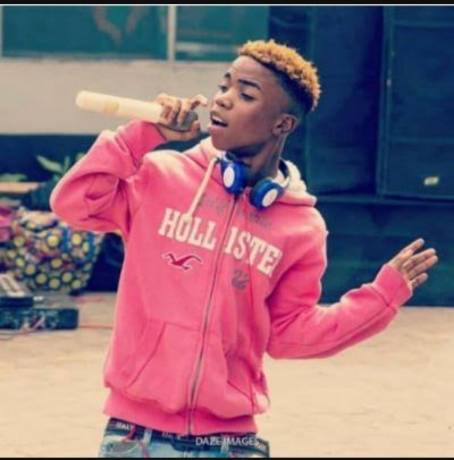 Lyta (Opeyemi Babatunde Rahim) is a Nigerian singer and song writer who was once signed to YBNL (yahoo boys no laptop) which is owned by Nigerian music superstar Olamide.

Lyta started singing at a young age and began singing professionally at age 12, Lyta is an extremely talented artiste who has a couple of hit songs to his name.

He had a disagreement with former label boss Olamide, who according to sources decided to spend resources promoting fellow YBNL artiste Fireboydml. This didn’t sit well with Lyta, who decided to leave the label.

Although still young in the industry, Lyta has managed to build a small fan base and has been nominated for the headies awards and city people awards.

An overview of Lyta profile

Lyta net worth: Not yet available

Lyta (Opeyemi Babatunde Rahim) was born on the 4th of July 1998 in Ajegunle area of Lagos state, Nigeria.

He started singing at a very young age, and began professional music when he was 12 years old.

According to Lyta, his song TIME was inspired by the death of his best friend in 2017.

Lyta revealed in an interview that he is from a very poor background and that he does music, so he can take care of his blind mother.

Not much is known about Lyta education. He is said to have completed both primary and secondary education in Lago state.

Lyta is a Nigerian singer and song writer, who started singing at a very young age, and began music professionally at age 12.

Lyta came to the limelight, when YBNL (Yahoo boys no laptop) boss Olamide announced his signing to the record label.

He released his debut single under YBNL titled TIME featuring his label boss Olamide. According to Lyta, the song was inspired by the death of his best friend in 2017.

Lyta left the YBNL label in 2019 after a disagreement with Olamide. News of his exit started when Olamide unfollowed the artiste on Instagram.

There have been different stories about what exactly made Lyta to leave the label. According to Olamide, Lyta didn’t want to follow the label calendar for artist promotion.

Olamide stated that Lyta told him, that a different label wanted to sign him, and even though he (Olamide) knew Lyta was lying, he gave him his blessings and wished him well in his future endeavors.

According to Lyta, he was paid 70,000 to 90,000 naira for shows and he never really signed a written contract with YBNL.

Sources say, that Lyta was angry when Olamide decided to focus his attention on Lyta’s label mate Fireboydml and so decided to leave.

Whatever the reason for his departure, it didn’t stop Lyta from making great music. He released a song titled Monalisa. A few months after the song release, Lyta was contacted by Davido if he was interested in recording a remix. Davido and Lyta flew to Dakar, where they shot the video for the song.

He also released another song titled WORRY, which generated over 500,000 YouTube views few weeks after its release.

Lyta net worth is not yet known. He is a very promising artiste with lots of talent, and with the right record label and good promotion, he should definitely attain success.

He is currently signed to Doro Musik gang.

Lyta was nominated for the next rated award at the headies, which was won by Mavin records artiste REMA.

He was also nominated for the best street hop artiste at the headies.

Lyta was nominated for the most promising act of the year at the city people music award.

Lyta was nominated for the best new act of the year at the city people music award.

Omah Lay biography and net worth

Some of Lyta popular songs are:

If you want to follow Lyta on social media, you can do so on the following channels:

How old is Lyta?

Lyta net worth is no yet known, nut he is a very promising artiste who will definitely make a lot of money, if he can get the best out of his talent.

What is Lyta record label?

Lyta is currently signed to Doro Musik gang. He left Olamide’s YBNL, sometime in 2019 after a disagreement.

Thank you for reading my Lyta biography, if you have any correction or maybe you have something to add, you can leave it in the comment section below.