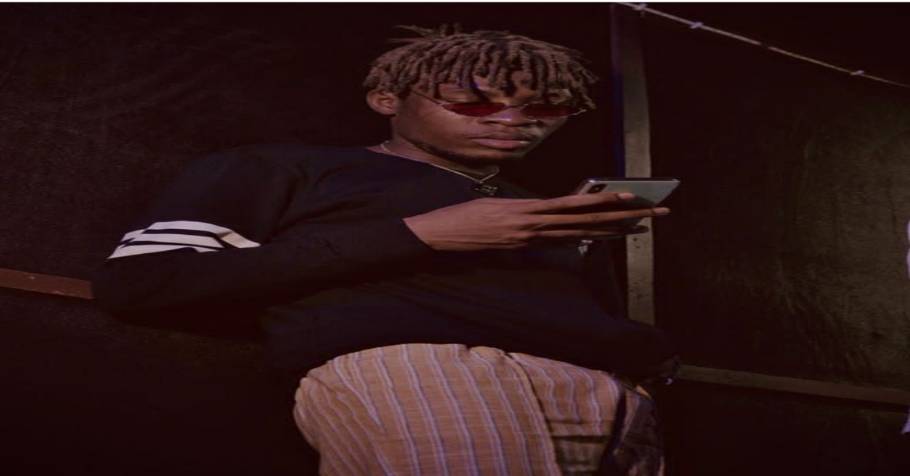 Joeboy is a Nigerian singer and song writer who gained fame in 2018/2019 when he released his single “Baby”.

Joeboy is basically an afro pop, afro beat and R&B singer, who has captured the hearts of millions of Nigerians with his melodious voice.

Joeboy is signed to Gorilla sauce entertainment and Banku Music (owned by Nigerian singer Mr. Eazi). He released “Love and light” in 2019, a 5 track album that has been streamed millions of times on different music platforms.

He has been nominated for different awards including “the headies” and “ the soundcity MVP award”, he has been tipped by many of the music industry strongholds to be a force to reckon with in the nearest future.

If you want to know about Joeboy biography, Joeboy net worth, Joeboy career, Joeboy age, Joeboy awards, Joeboy education, Joeboy girlfriend, Joeboy songs and albums, then you are in the right place.

Remember to leave a comment after you finish reading and also share to your friends on social media.

Before we get into Joeboy biography proper, let’s take a look at an overview of his profile.

Joeboy whose real name is Joseph Akinfenwa Donus was born on May 21, 1997 in Lagos state, Nigeria is a Nigerian singer and song writer.

He comes from a music family, his older brother was in the choir and his father played the keyboard in church.

Joeboy started singing at when he was 16 years old, he recorded his first track when he was 17 years old, the name of the song was “Gbeseyin”, he also did a cover of Ed sheeran’s it song “Shape of you”.

According to Joeboy in an interview, he was inspired by popular musician 9ice and music producer ID cabasa, who he used to hang out with in the studio.

Joeboy completed his primary and secondary school education in Lagos, and then went ahead to the university of Lagos where he studied Human resource management and got his bachelor’s degree.

Joeboy has been singing since he was 16 years old, he recorded his first song titled “Gbeseyin” when he was 17 years old and also did a cover of Ed sheeran’s hit song “Shape of you”.

His type of songs usually ranges from Afro beat, Afro pop and R&B, his melodious voice makes it very easy for him to switch between various music genres.

Before he became famous, Joeboy took some certain steps, like signing up for Mr. eazi “emPawa Africa”, which according to Mr. eazi is a talent incubator for up and coming African artistes.

Joeboy became one of the over 10,000 applicants for “emPawa Africa” in over 14 countries. He was selected as the first of 100 recipients to receive $3,000 grant aimed at helping young and upcoming African artiste attain mainstream success.

With this money, Joeboy shot a video for his song “Faaji”, he was then signed to Mr. eazi’s banku music record label, before he released his song “Baby” which brought him mainstream success.

His song baby was streamed millions of times on different music platforms, as well as earning him nominations for different awards.

He followed his hit song “baby” with “beginning” which also reached similar heights. In 2019, he dropped a 5 track album titled “Love and light”.

Joeboy has ever since gone on to become one of the most sought after artiste in the country, his melodious voice, together with his good looks has earned him millions of fans worldwide.

Some of Joeboy’s popular songs are “baby”, “beginning”, “Don’t call me back featuring Mayorkun”, “All for you”, “Call”.

Joeboy net worth is estimated at $750,000. His major source of income is music, he has massive following on most social media platform, meaning the sky is the limit for this supremely talented artiste.

Joeboy is signed to Gorilla sauce entertainment and banku music.

Some of Joeboy songs are baby, faaji, reelest, move, some people, represent, impatient, out boss me, middle man, spot on the sun, passenger, have another, peanuts, ain’t missing a thing, same question, pack it up, haircut, shako, falling.

Joeboy was nominated for the next rated awards at the headies, but he lost to mavins artiste Rema.

He was also nominated for “Best pop single” at the headies.

Joeboy was nominated for “Song of the year” at the headies award.

Another nomination for “Viewer’s choice” at the headies.

At the sound city’s MVP, he was nominated for “Listener’s choice”.

He was also nominated for “Best new MVP” at the soundcity’s MVP.

“How to make friends in a brand new town”

Joeboy doesn’t currently have a girlfriend, when he does, we will update this page with that information.

Thank you for reading my Joeboy biography and net worth, if you have any corrections or additions, you can leave them politely in the comment section.