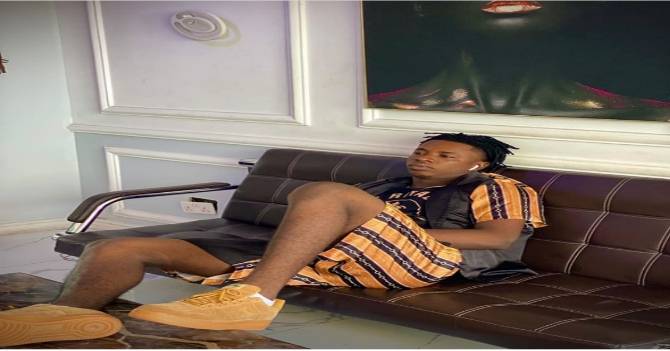 Lord Lamba whose real name is Kelvin Anagbogu promise is an instagram comedian, skit maker and online personality who was born on the 4th of May 1995 in Lagos state.

His comedy centers around the lies that men tell, this unique approach to instagram comedy has made him very popular in the Instagram community. The name “Lord Lamba” means lord of lies.

According to him, he was inspired to do comedy skits by his mother, even though he initially wanted to be a footballer.

Remember to leave a comment after you finish reading, and also share with your friends on social media.

Let’s take a look at an overview of Lord Lamba profile.

Kelvin Anagbogu promise, popularly known as (Lord Lamba) is an online comedy skit maker and online personality who was born on the 4Th of May 1995 in lagos state.

He has lived all his life in Lagos and is the 2nd child from a family of four (4). Lord Lamba initially wanted to be a footballer, but was inspired by his mother to do comedy.

Lord Lamba is an Instagram comedian and an Online personality, his comedy skits centers around the lies men tell.

Lamba comedy videos are very unique, this has enabled him to carve a niche for himself in the ever competitive Instagram online comedy space.

According to Lord Lamba, he initially wanted to be a footballer, but his mother inspired him to become a comedian.

Lord Lamba has been able to attract more than half a million followers on Instagram.

Lord Lamba net worth is not really known, but some popular blogs have estimated it to be around $50,000. Lord Lamba has a great following on social media, he uses his influence to promote big brands and make cool cash for himself.

If you want to follow Lord Lamba on social media, you can do that via the following:

MC Lively biography and net worth

Thank you for reading my Lord Lamba biography, if you have any corrections or additions, you can leave them politely in the comment section below.