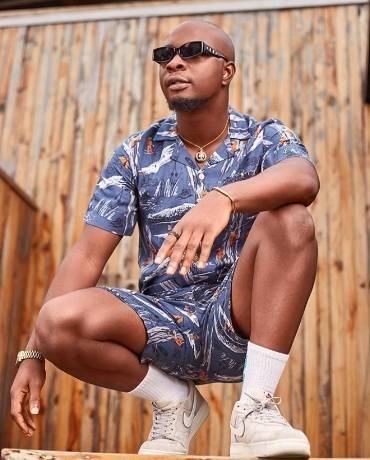 Comedy can be in different forms, there are people who do stand-up comedy and others who act comedy. No matter the form of comedy one does, making people laugh has never been easy, so when one is able to, it is usually met with a lot of intrigue.

Mc Lively is an Instagram/YouTube comedian who has been able to keep his over 1 million Instagram followers laughing with his comedy skits.

Mc Lively is also an actor and events hosts and to make things even more interesting, he is a trained lawyer and an advocate of the federal republic of Nigeria from the Obafemi Awolowo university in Ile Ife, Osun state.

He was also called to bar in 2016, but instead MC Lively has chosen to stay in front of the camera and make people laugh.

According to MC Lively, his training as a lawyer has made him a smart, lively and engaging comedian.

An overview of MC lively profile:

MC lively whose real name is Michael Sani Amanesi was born on the 14th of August 1992 in Ile Ife Osun state, Nigeria.

He was born in a family of 7, and according to MC lively, he was beaten a lot by his mother. This made him question if she was his biological mother.

In an interview, he told a story of how his mother used razor to cut wounds on his body and rubbed pepper on it. This was because he left his younger sibling, who was just a baby, unattended to after he was put in his care.

MC lively admitted to being a stubborn child and also said he used to steal meat from the pot, and at one time, even poured the whole pot of soup on the floor when attempting to steal meat.

He also is the only one that attended a public school among his siblings, because, according to his mother, it was too expensive.

He wrote Jamb 3 times before he got admission to study Law in the Obafemi Awolowo University (OAU) in Ile Ife. Although he wanted to study mass communication, but it was not available in OAU then.

He is the only one that attended a public school among his siblings, because, according to his mother, it was too expensive for him to attend a private school.

MC lively started out as a stand-up comedian (he was a big fan of “Night of a thousand laughs”), but he wasn’t very successful. There was a time in his school when he stood in front of a crowd and cracked a joke and nobody laughed, not even his girlfriend who was part of the crowd then.

This happened on more than one occasion, before he decided to be comical instead of trying to tell jokes on stage.

MC lively started doing funny skits and posting them on his Instagram page, which in a short time got him a lot of followers.

In his skits, he usually plays a frustrated Nigerian man who is looking for a job. According to MC lively, his skits are inspired by his environment and the things that happens around him every day.

The skit that made him famous was one he titled “Agidi”, which focused on fuel scarcity in the country, the video went viral and got him a lot of followers on the photo sharing app.

The idea for the Agidi video was gotten when he was in a church, the inspiration for the comedy came from the sermon that was preached that day.

Apart from comedy, MC lively is an actor, and he starred as “dele” in a comic movie titled “Fate of Alakada”.

He won the City people award for comedy act of the year.

Many people have been searching for MC lively wife, MC lively girlfriend. MC lively is not yet married, but there are rumors that he is engaged, the name of the lady is not yet known.

When we get that information, we will update this post.

MC lively net worth has been estimated at $50,000. He is one of the most followed Nigerian comedians on Instagram, with over 1.5 million followers, he also is an actor and featured in a comic movie titled “Fate of Alakada” in 2020.

MC lively is an event host and has hosted over 200 events in many states in Nigeria.

Lord Lamba biography and net worth

If you want to keep up with MC lively, you can follow him on the below channels:

Thank you for reading my MC lively biography, if you have any correction or perhaps you have something to add, you can comment it below.