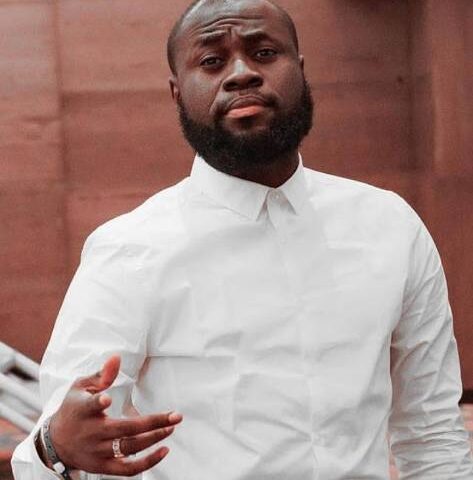 If you are an active instagram user, you must have come across one of Lasisi Elenu comedy skits, or rants, as I like to call them. In a short time, Lasisi has managed to attract over 2 million Instagram followers with his crazy skits.

Lasisi Elenu (whose real name is Nosa Afolabi) is a Nigerian Instagram comedian and rapper. He is known for his use of the Instagram wide mouth filter on his skits, and also the intro “Hello everyone Lasisi is here again, something just happened right now”.

Lasisi achieved mainstream success sometime in 2017, when one of his skits went viral. Ever since then, he has been going from strength to strength, and if you are an avid Lasisi follower, you will know that he has a large Instagram fan base.

Remember to leave us a comment after reading and don’t forget to share with your friends on social media.

An overview of Lasisi Elenu profile

Lasisi Elenu (Nosa Afolabi) was born on the 20th of April 1989 in Lagos state Nigeria, he is a Nigerian Instagram comedian and online personality.

Lasisi Elenu Age is not confirmed, he once told hiptv in 2018 during an interview, that he was 22 years old. This was meant with a lot of disbelief on social media.

Lasisi fired back by saying, that people should not argue his own age with him, and that he is a young man with young blood flowing in his veins.

Not much is known about Lasisi Elenu early life, but we will update this post as soon as we get more information.

Lasisi Elenu obtained his first school leaving certificate and his west African school certificate in Lagos state Nigeria, he then went ahead to the University of Ilorin to study “Agriculture and bio systems engineering”.

Lasisi started out as a song writer and musician, he regularly posted his songs on social media, but when he saw that it wasn’t working out, he decided to try comedy.

According to Lasisi, people were always telling him how funny he was, so he decided to work on himself to bring out his talent.

Lasisi Elenu started posting his comedy skits on Instagram sometime in 2017, he is known for using the Instagram wide mouth filter while ranting in his videos.

Lasisi quickly gathered an audience on his Instagram, he grew quickly from 200 followers to more than a million followers.

He is known for using the intro “Hello everyone Lasisi is here again, something just happened right now” and then going on to rant about something in a comical way.

Initially, people didn’t know who was behind the ranting character, as his filter always disguised his face. It was later in the year 2017, that Lasisi revealed his real face to the world.

According to Lasisi, his comedy has opened doors for him, and taken him to places he didn’t think was possible for him to go.

Broda shaggi biography and net worth

Lasisi Elenu girlfriend is not yet known. He likes to keep his private life to himself, and if he is dating anyone currently, he has been keeping it a secret.

When information on Lasisi Elenu girlfriend comes up, we will sure update this space.

Lasisi Elenu net worth is estimated at $50,000. He is one of the most popular Nigerian Instagram comedians, boasting over 2 million Instagram followers.

He is also an online influencer, and gets paid by brands to advertise their product on his Instagram page.

As a public figure, Lasisi also gets paid to show up in Big clubs and parties, as well as getting numerous endorsement deals.

As you can see, the means of earning for Lasisi Elenu is not limited.

If you want to follow Lasisi Elenu on social media, you can do that via the following channels:

How old is Lasisi Elenu?

Lasisi Elenu Age is unconfirmed, popular online publications have put his date of birth at 1989, meaning he is 30 years old.

Lasisi once said in an interview with HipTV in 2018, that he was 22 years old.

Who is Lasisi Elenu girlfriend?

Lasisi Elenu girlfriend is not yet known, we will update this page, as soon as we have that information.

Mr Macaroni biography and net worth

Thank you for reading my Lasisi Elenu biography, if you have any additions, or perhaps if you have correction, you can leave them politely in the comment section.