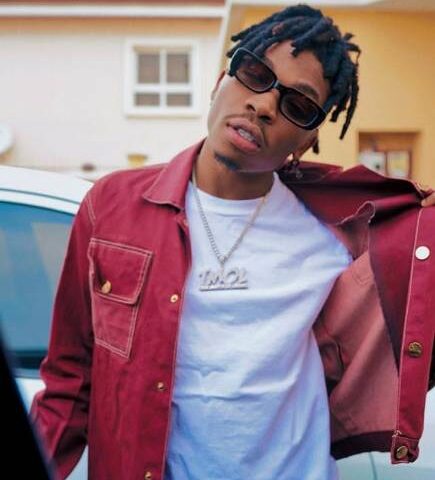 Mayorkun is a Nigerian singer, song writer, painist and stage performer who is signed to Davido’s DMW (davido music worldwide).

He got signed to DMW after he released a cover of one of Davido’s songs titled “Money”, this caught the attention of Davido, who signed him to his DMW label. Coincidentally, Mayorkun just quit his banking job, as a result of low pay.

Mayorkun won the next rated award at the Headies and has gone on to become one of the most sought after musicians in the country, he and his boss davido get to perform at some of the biggest shows in the world.

He is very talented and can fit into almost any music genre, although his sound is mostly afro beat. From being a bank worker to a music superstar, Mayorkun’s biography is an interesting read.

If you want to read about Mayorkun biography, Mayorkun net worth, Mayorkun career, Mayorkun education, Mayorkun awards & nominations, Mayorkun girlfriend, Mayorkun songs, then you are in the right place.

Lil Frosh biography and net worth

Mayorkun whose real name is Adewale Mayowa Emmanuel was born on the 23rd of March 1994, he hails from Osun state.

He is the first child of 3 born into a family of entertainers, his father is an artist and a movie producer, why his mother is a Nollywood actress and his uncle Segun Adewale is a musical artiste.

Mayorkun started singing at a very young age, he was part of the choir, were he learnt the rudiments of Music.

Mayorkun was a former bank worker, after he quit his job as a result of low pay, he was signed by Davido to his label Davido music worldwide (DMW).

He obtained his first school leaving certificate and west African senior school certificate before moving on to study Accounting for four years in the University of Lagos (UNILAG).

He has also completed his National youth service corps (NYSC).

Mayorkun started singing at a very young age and comes from a family of entertainers, his father is an artiste & a movie producer, his mother is a Nollywood actress, while his uncle is Segun Adewale (a musical artiste).

After graduating from the university of Lagos, Mayorkun started working at a bank, he later decided to quit as a result of low pay.

Mayorkun caught the attention of Davido, when he did a cover of Davido’s song “The Money”, Davido followed him on twitter and Instagram and requested some of Mayorkun’s songs.

Davido was impressed by Mayorkun’s talent and signed him to his record label “Davido music worldwide(DMW)”.

He released his debut single under DMW titled “Eleko”, the song received a lot of airplays and the video had over a million views within the first week of its release on YouTube.

In 2017, Mayorkun embarked on a nationwide tour, where he performed in over 35 schools and also his first headline concert “The Mayor of Lagos”.

In 2018, he toured about six cities in the UK alongside label mate “Dremo”.

He has named 2face idibia, King sunny ade and Pasuma as his role models in Music.

Mayorkun net worth has been estimated at $100,000. He is one of the most influential artiste in Nigeria and is signed to the Label of Nigerian music superstar Davido.

Mayorkun makes money from performing in big shows and also from his endorsement deals with big brands.

Mayorkun has many songs to his name, some of the most popular ones are:

What is Mayorkun real name?

How old is Mayorkun?

Who is Mayorkun girlfriend?

Mayorkun girlfriend name is not currently known. We will update this page with that information, once we have it.

Where is Mayorkun from?

Mayorkun is from Osun state, although he has lived more than half his life in Lagos state.

Thank you for reading my Mayorkun biography and net worth. If you have any correction or addition, you can leave them in the comment section.