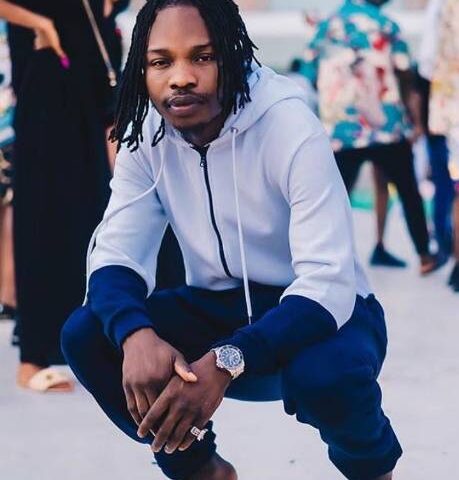 Naira Marley (Azeez Adeshina Fashola) is a Nigerian singer, song writer and stage performer, he is the president of his fan base called “Marlians”.

Over the past few years, Naira Marley has grown to become one of the most popular artiste in the country with the most devote fan base (marlians).

He rose to fame when he released his single titled “issa goal” which featured Olamide and Lil kesh, the remix of the song was used as the official “Super eagles” theme song for the 2018 FIFA world cup held in Russia. The remix contained vocals from Olamide, Lil kesh, falz, simi and slimcase.

Naira Marley sings in English, pidgin and Yoruba. He started pursuing a Music career sometime in 2014, after slowing developing a passion for it, he was encouraged by his friends to do music.

Naira Marley is a controversial character and has had problems with the Law on more than one occasion. He was arrested alongside Zlatan ibile, Adewunmi Adeyanju Moses, Abubakar Musa and Rahman Jago by the EFCC in 2019.

Remember to leave us a comment after you finish reading and don’t forget to share with your friends on social media also.

A look at an overview of Naira Marley profile:

At the Age of 11, Naira moved to Peckham, south London England, it was there in England that he started and finished his schooling.

Initially, Naira Marley wanted to be a voice over artist and MC, but he later developed a passion for music and decided to pursue a career in it.

Naira Marley is well schooled; this has made many people to say that the president of the Marlians is not a marlian himself (since marlians are usually associated with wrong behavior).

After moving to Peckham south London, England at the age of 11, he studies at Porlock hall before attending Walworth school, where he obtained his General certificate of secondary education.

When he was growing up, Naira Marley initially wanted to become an MC or voice over artiste, but when he started singing in 2014 and developed a passion for it, he was encouraged by his friends to pursue music.

Naira Marley rose to prominence in 2017, when he released a song titled “issa goal” which had vocals from Olamide and Lil Kesh.

The song became an Instant hit and was used as the “Super eagles” theme song for the 2018 FIFA world cup held in Russia. This time, the song was remixed and had vocals from falz, simi, Olamide, Lil kesh and Slimcase.

After the success of “issa goal”, Naira Marley was in the news after he was arrested by the EFCC, a day after releasing the song “Am I a yahoo boy”.

He was arrested alongside Zlatan ibile, Adewunmi Adeyanju Moses, Abubakar Musa and Rahman Jago on the suspicion of online fraud.

During and after his arrest, Naira Marley released some songs that shot him to true stardom. He released “4 nights in Ekohtiebo” while he was still in prison, he released “Why” after he was granted bail, and “Soapy” after he was eventually released from jail.

His controversial song “Soapy” got Naira Marley a lot of nominations and awards in 2019. He released his second EP titled “Lord of Lamba” in 2019 also, the EP contained 6 tracks.

During the Marlian fest concert held in Eko hotels and suites in 2019, Naira Marley announced his Label “Marlian music” and also the signing of 6 artistes to the label (CBlvck, Zinoleesky, Mohbad, Fabian blu).

According to Marley, he got his name from legendary artiste “Bob Marley” and also his dread is a tribute to the artiste.

Naira Marley was arrested alongside Zlatan ibile, Adewunmi Adeyanju Moses, Abubakar Musa and Rahman Jago by the Nigerian EFCC on the suspicion of online fraud.

After 5 days, EFCC released the other Zlatan ibile and the other 3, but Naira Marley remained in custody after finding overwhelming evidence against him.

While he was in prison, he released the song titled “4 nights in Ekohtiebo”, the song talked about his friends, foes and other people who have admired him.

Naira Marley pleaded not guilty after being charged to court, and was released on bail. On the day of the bail hearing, Naira Marley released “Why”, a song that was accompanied by an image of him in handcuffs.

Naira Marley was eventually released from jail 14 days after being granted a 2-million-naira bail. Naira Marley then released the controversial song “Soapy”.

Most people say that Naira Marley being arrested did wonders for his career, as people began to pay more attention to his music, and Naira didn’t disappoint, by dropping back to back hit songs.

Naira Marley net worth has been estimated to be at $1.2 million. He is one of the richest and most sought after musicians in Nigeria at the moment, and gets paid handsomely to perform at shows.

He also has millions of social media followers and a devote set of fans who are called “Marlians”.

He is the owner of Marlian records that has signed 6 different artistes including CBlvck, Zinoleesky, Mohbad, Fabian blu.

Naira Marley held a successful concert called “Marlian fest” at the Eko hotel suite, which was sold out.

Naira Marley was nominated for the Viewer’s choice song of the year at the Soundcity MVP awards, which he won.

He was nominated for the Best POP also at the Soundcity MVP awards.

He was nominated for artiste of the year at the City people music awards.

He was also nominated for the street song of the year at the City People Music awards.

Naira Marley is married to two women and has 4 children.

Some of Naira Marley songs are:

If you want to follow Naira Marley on social media, you can do that via the following:

What is Naira Marley real name?

Where is Naira Marley from?

Naira Marley was born in Lagos, but moved to England at the Age of 11.

According to sources, Naira Marley has two wives and four children.

As always, it is not very easy to determine the net worth of Nigerian artistes, but Naira Marely net worth has been estimated at $1.3 million.

How old is Naira Marley?

Thank you for reading My Naira Marley net worth and biography. If you have anything to add, or perhaps you have corrections, you can leave them in the comment section.