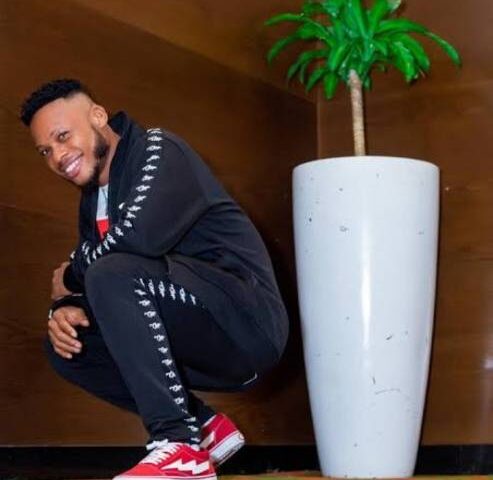 Poco lee (Iweh Odinaka Pascal) is a Nigerian professional dancer, MC and hype man. He is best known for his “Leg work” and “Zanku” dance moves, as well as being the crooner of the viral “Poco dance”.

Poco has been dancing from a very young age and all through his university days. He came to the limelight, when he posted a video of him dancing the viral dances “Leg work”, “Zanku” in a show in the Lagos state university.

The video was reposted by Tunde ednut on his Instagram, and seen by several other celebrities including Zlatan ibile, who message Poco and offered him the chance to feature in the video of his hit song “Zanku”.

Ever since then, Poco has gone on to feature in even more videos, as well as performing in some very big show. Poco Lee has also used his platform to promote other upcoming dancers, he has over 1 million followers on popular photo sharing app “Instagram”.

If you want to read about Poco Lee biography, Poco Lee net worth, Poco Lee girlfriend, Poco Lee career, Poco Lee education, Poco Lee early life, then you are in the right place.

Let us have a look at Poco Lee profile:

Poco Lee (Iweh Odinaka Pascal) was born on the 21st of October 1996 in Lagos state Nigeria. Although he originates from Imo state and is of Igbo decent, Poco grew up in Lagos, under the guidance of his parents Mr. Kenneth and Mrs. Augustina Iweh.

Poco Lee has always had a passion for dance and has been dancing since his university days.

He graduated from the Lagos state university with a Bachelor of Arts in 2019.

Poco Lee started dancing at a very young age, he was always dancing in his university days, while posting to his Instagram page.

He got his big break when he posted a video of himself dancing the viral moves “Zanku”, “Leg work” during a show in his University to his Instagram page. The video went viral and was reposted by Tunde ednut on his page, where it was viewed by many celebrities.

Zlatan ibile messaged Poco and offered to feature him in the video of his hit song “Zanku”. Ever since then, Poco has gone on to feature in videos of the likes of Naira Marley, Tiwa savage, Davido, Burna boy Tekno, 2baba, Bella shmurda, Olamide and many others.

Poco Lee has also performed in the One Africa music festival in United Arab Emirates, valentine’s jamboree concert in Nairobi Kenya, Naira Marley’s concert at the 02 Arena in London.

He has over a million Instagram followers and uses his platform to promote other upcoming dancers.

He is the crooner and originator of the viral dance called “Poco dance” and is usually associated with the other viral dances “Zanku” and “Leg work”.

Poco Lee net worth has been estimated at $100,000. He makes money as a show promoter, a dancer and also gets paid using his social media presence to promote products from big companies.

Poco Lee has featured in the following videos:

Naira Marley – Am I a Yahoo boy

Poco Lee won the award for the best dancer awards in the Nigerian hype award.

Poco Lee is dating a girl whose name is Amaka, according to sources, he and Amaka have been dating before he became famous.

If you want to follow Poco Lee on social media, you can do that on the following channels:

What is Poco Lee real name?

Where is Poco Lee from?

Poco Lee is from Imo state, but he grew up in Lagos state.

How old is Poco Lee?

Who is Poco Lee girlfriend?

Poco Lee girlfriend name is Amaka, they were dating before he became famous and are still dating till now.

Thank you for reading my Poco Lee biography, if you have any corrections, or perhaps, you have something to add, you can leave them in the comment section below.