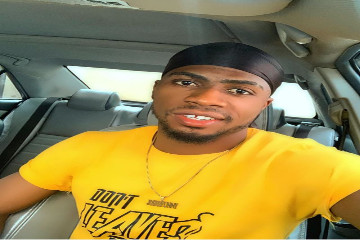 Josh2funny biography, net worth, wife, career, education and many more

Read all about josh2funny biography and net worth

He is known for putting on female clothes and doing covers of popular songs in a comical way.

Josh2funny is also known for his challenges, #TheAudition, #allMyGuysAreBallerz, #DontLeaveMeChallenge, which trended in Nigeria and worldwide.

He was under the tutelage of popular Nigerian stand-up comedian Koffi for a 5-year period, where he sharpened his comedy skills. It was in 2015, that he started uploading comedy skits on Instagram.

Remember to drop us a comment after you finish reading and don’t forget to share with your friends on social media.

The below is an overview of the profile of Josh2funny

Josh2funny whose real name is Josh Alfred Chibuike was born on the 18th of December 1990 in Anambra state Nigeria.

He received his early education in Anambra state until Age 7, before he moved to Lagos where he grew up in the Mushin area of Lagos.

He started out as a stand-up comedian, and initially began performing in churches, parties etc.

He got admission to study computer science at the Federal science and technical college, Yaba.

Josh2funny is a singer, stand-up comedian, Instagram personality, actor and online influencer. Contrary to popular belief, he didn’t initially start out as an Instagram comedian.

He started out as a stand-up comedian, and performed in churches and parties, as well as being under the tutelage of popular Nigerian stand-up comedian “Koffi”, this enabled him to sharpen up his comedy skills.

According to Josh, he decided to go into comedy professional after he won the project raw talent hunt competition in 2011.

In 2015, Josh2funny decided to start uploading his skits on the photo sharing app “Instagram”, this is where he gained fame.

His comedy videos went viral on the app, and was shared thousands of times. Josh was most notable for putting on female clothing and singing covers of popular songs in a comical way, usually in Igbo.

Josh has managed to attract over 2 million followers on Instagram, and is one of the most followed Nigerian Instagram comedians.

He is also a singer and an actor. Josh featured in the sitcom titled “My Flatmates” which starred Basketmouth and Buchi. He has also featured in other movies such as “The interview”, “The ghost and the tout” and many more.

As a singer, he has many songs, as well as two albums titled “Break from jokes” and “Upside down”.

Josh has two albums titled “Break from jokes” and “Upside down”. Some of his songs are:

One kind, Ifeanyi, Love by force, don’t leave me, your heart, get to you, fine wine, happiness, where, I have been blessed.

In October 2019, Josh2funny announced his engagement to his longtime girlfriend on his Instagram, in a post in which he captioned “Dem don collect me o”.

The name of the girl is not known, and Josh didn’t tag her on his Instagram page.

Josh2funny net worth has been estimated at $100,000. He is one of the most popular and influential Nigerian Instagram comedians.

He makes money as an online influencer, and he is also a show host/promoter, who performs in different universities, as well as in Lagos.

This figure is an estimated figure; the actual value might be lower or higher than.

What is Josh2funny real name?

What is Josh2funny state of origin?

Josh2funny is originally from Anambra state, but moved to Lagos at the Age of 7.

How old is Josh2funny?

Who is Josh2funny wife?

Josh2funny is not yet married, but is engaged to an unknown girl. He announced his engagement on his Instagram page in October 2019.

What is Josh2funny net worth?

Josh2funny net worth has been estimated at $100,000. He makes money as an online influencer and as a show host and promoter. He is one of the most influential and popular Nigerian Instagram comedians.

No, Josh2funny is not gay. He only wears female clothing for comedic purposes. He got engage in October 2019.

Thank you for reading my Josh2funny biography and net worth, if you have any addition or correction to make, you can leave it in the comment section below, or contact us.