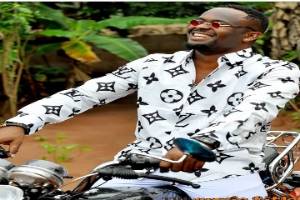 Zubby Michael is a Nigerian actor, movie producer, model and entrepreneur. He is known for his roles in some very popular Nigerian movies like “Royal storm”, “Professional lady”, “Three windows” and many others.

He started acting at a young age, and featured in his first movie titled “Missing Rib”, and has since gone on to feature in over 200 movies so far.

Toyin Abraham biography and net worth

Azubuike Michael Egwu is a Nigerian actor, model and movie producer that was born on the 1st of February 1985 in Anambra state.

He was born in Ekwusigo local government area in Anambra state, but he grew up in Adamawa, Yola state in the northern part of Nigeria.

Growing up in Adamawa, Zubby’s father was a business man, while his mother was a teacher. According to him, growing up in the North was fun, as the northern people are lovable people with open hearts.

Zubby started acting in Yola at a very young age.

Zubby grew up in Adamawa where he completed his primary and secondary school education and obtained his first school leaving certificate and West African school senior certificate.

He then proceeded to attend the Nnamdi Azikiwe University and obtained a degree in Mass communication.

He rose to prominence after featuring in some popular movies like “Royal storm”, “Three windows”, “Professional lady”, “The general”. Zubby featured alongside the likes of Jim Iyke, Sylvester Madu, Junior pope, Uche Jombo and many others.

Zubby is mostly known for playing bad guy roles in movies, including that of a criminal, armed robber, hitman, villain etc.

Zubby is able to interpret his roles very well, this has made him very popular in the Nigerian movie industry, and he has since gone on to feature in over 300 movies.

He is also a movie director, and has produced some well-known movies.

On the 25th of November 2019, he was appointed into a political position as the special adviser to the Anambra state governor Willie Obiano. He was also awarded a certificate of recognition for his contribution to the city radio 89.7FM youth empowerment initiative in Anambra state.

Chacha Eke biography and net worth

Some of Zubby Michael movies are:

Zubby Michael net worth has been estimated at $200,000. He is one of the most influential and popular Nigerian actors who has featured in over 300 movies.

He owns a mansion in Lagos and has a fleet of fancy cars to his name.

Over the course of his glistening career, Zubby has received many nominations, and also awards.

Many people want to know who Zubby Michael girlfriend is. He has many female fans who would love to date him.

He once dated the youngest sister of P-square, Mary Okoye, before they broke up. According to Zubby, they broke up because he wasn’t ready to settle yet, and that was what she wanted.

There have been rumors of Zubby Michael being married, but we can’t confirm this.

Mercy Isoyip biography and net worth

What is the net worth of Zubby Michael?

Zubby Michael net worth has been estimated at $200,000. He is one of the most popular and influential actors in Nigeria.

How old is Zubby Michael?

Zubby Michael is not yet married.

Thank you for reading my Zubby Michael biography and net worth, if you have any correction or addition, you can leave them in the comment section below or contact us.