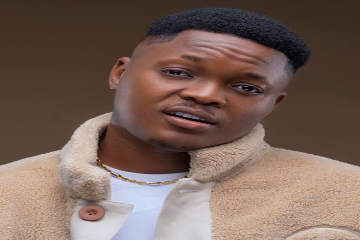 Read my Eltee skhillz biography and net worth.

Born Taiwo Olowu, Eltee Skhillz is one of Nigeria’s finest up and coming hip-hop artistes and choreographers. He came into the limelight when he featured a dance group called the “Ghetto Kids” in one of his hit songs’ videos titled: “ODG”, otherwise called “Odogwu na Spender” by some people.

Here we are going to be looking at his biography, education, career, songs, and net worth.

Read my OGB recent biography and net worth

His Early Life And Family Background

Eltee Skillz, whose real name is Taiwo Olowu, was born in Lagos, Southwest Nigeria and hails from Ogun State. His birth date is yet to be known, but he should be in his 20’s.

Like the name “Taiwo” is often used for twins in Yoruba land, Eltee Skhillz is a twin brother to Kehinde Olowu, who also holds a degree in Economics from the same university.

Eltee is the eldest of his late mom’s (Actress Henrietta Kosoko) children, who was the wife of the popular actor Jide Kosoko (Eltee’s step father) before she passed away in 2016. He also has 2 step-siblings, Temilade Kosoko and Muyiwa Kosoko. No one knows about his real dad because he kept it undisclosed.

Eltee Skhillz graduated from Houdegbe North American University in Benin Republic with a Bachelor of Accountancy degree in Accounting.

Eltee Skhillz began his music career as a choreographer in 2009 before deciding to pursue music.

He was also said to have been in a high school music band known as G39 where he went by the name “T.base.” He dropped the song titled “Jejafo” (his first single) as a newbie, but the song didn’t really push him to fame as only a few knew him to be a hip-hop artist. He started playing music professionally in 2014 when he was in 300 levels at university.

Fast forward to early 2022 when he released his hit song titled “ODG” (also known as “Odogwu na the Spender”). The song really brought Lee Skhillz into the limelight and has earned him fame.

Before he made the song ODG that brought him into lime light, Eltee had lots of songs in his coffers. He has worked with and featured popular artists like Niniola, Harrysong, and a few others.

Read my Victony biography and net worth

Currently, Eltee Skhillz is yet to be nominated for any awards.

Typically, for upcoming Artistes that haven’t made much from music know that their net worth is not easy to come by. For Eltee Skillz, who is just coming up and still trying to attain fame, his net worth is undisclosed. But he’s said to worth over $100,000, if not more or a little less.

You should note that the $100k mentioned here is a bore out of predictions by people and bloggers.