Read all about Ikorodu bois biography and net worth.

Almost every Nigerian has heard about the Ikorodu Bois or probably seen any of their videos. If you’ve not, then you’re probably not on the internet.

The Ikorodu Bois, or Ikorodu Boys as they are called, are a group of creative and talented kids comedians and mimickers, who recreate or mimic popular celebrities, politicians, and also scenes from different Hollywood and epic movies.

Ikorodu Bois creates their versions of movie trillers. These guys became very popular due to the way they recreate and act in these movie scenes perfectly and do share them on social media.

Read my post on OGB recent biography and net worth

Ikorodu Bois is a comic and mimicking group comprised of 3 siblings and their cousin. Babatunde Sanni (23), Muiz Sanni (16), Maleek Sanni (11), and cousin Fawas Aina (10). They were born and brought up in Ikorodu, Lagos State.

Ikorodu Bois are students of Conic Secondary School, Ikorodu, Lagos State. Their eldest, Babatunde Sanni, is a Bachelor of Psychology holder from the University of Lagos. 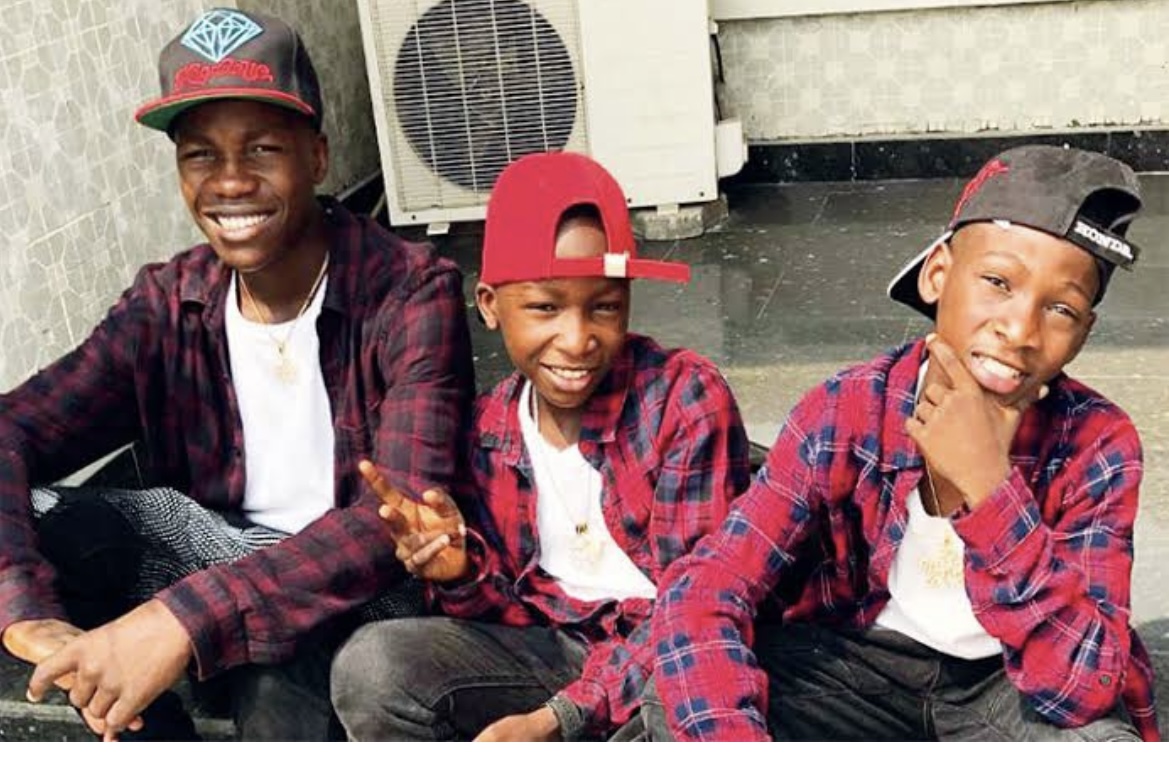 Babarinde edits the videos and functions as manager while his younger brothers and cousin do the acting.

When their eldest, Babarinde, was interviewed by CNN about how they got that idea, He said:

“I felt like ‘these things we are doing in our house, why don’t we start putting them online?  Our house is like a comedy house; we play too much”

The Ikorodu Boys are considered to be gifted children; even Alvaro Morte, who played the “Professor” in the popular Netflix series “Money Heist,” praised them for their abilities after they imitated scenes from the film. They also made that of the late American basketball star Kobe Bryant after he passed away in 2021.

One of their recent videos was a mimick of famous American presenter Steve Harvey, which so trilled Steve himself that he praised them for their talents. The name Ikorodu Boys or Bois was drafted from Ikorodu in Lagos, where the boys reside.

Read my Small Daddy biography and net worth

–They were invited and interviewed on CNN to explain how they started in 202.

–In 2020, Netflix gave out video equipment to them for their explicit talent and to encourage other young ones.

–In 2021, invited to attend the Netflix Oscar film campaign in New York.

–They attended the movie premier of Russo 2-extraction after their mimick video of the movie trailer went viral in 2021.

–They were hosted live on TV by American presenter Steve Harvey. Various celebrities, including Davido, Will Smith, Alvaro Morte, and others, have also praised him.

The Ikorodu boys were once nominated for Nickelodeon Kids’ Choice Awards for Favorite African Social Media Stars. Though they were defeated by Emmanuel Samuel of Mark Angels Comedy.

With the fame they’ve gotten from many of their videos on social media, they can boast of over 1 million followers on Instagram and still counting. @ikorodu_bois

Ikorodu bois have really made a name for themselves among the committee of young people despite their tenderness. Almost all Nigerians love to watch their videos. They are currently worth over $26,000.

How Old Are The Ikorodu Bois?

When Did Ikorodu Bois Started?

Ikorodu Bois Are Worth How Much In 2022?