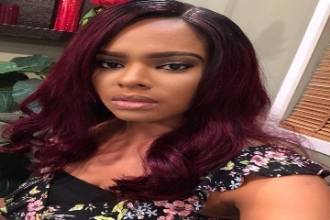 Maltida Obaseki Mozia is a Nigerian actress, entrepreneur, philanthropist who is best known for her role as Angela Dede in the award winning TV series Tinsel, she played this role for 10 years before leaving to try something different.

Matilda left her education in the University of Benin (UNIBEN), where she was studying English language to focus on her role in Tinsel.

According to Matilda, her mother was not happy about her decision to leave her studies for acting, but she was able to calm her down, as she still very young then, and didn’t see the need of studying for a certificate she would never use.

The below is the profile of Maltida Obaseki Mozia:

Maltida Obaseki is a Nigerian actress who was born on the 19th of March 1986 in Benin City, Oredo Local Government Area, Edo state.

She is the youngest of seven (7) children in her family.

More information will be available soon.

Maltida had her primary and secondary school education in Benin city, where she obtained her first school leaving certificate and her west African senior school certificate before she proceeded to studying English Language in the University of Benin (UNIBEN).

Her mother was not happy with her decision, but Maltida was able to calm her down by telling her that she was still very young and that studying to get a certificate, she was not going to use, felt like a waste of time.

Maltida a began her acting her in 2007, and is best known for her role in Tinsel where she played Angela Dede for 10 years.

Her first movie was the 2014 film “A place in the stars”, where she worked alongside Gideon Okeke and Segun Arinze.

She also played the role of a maid in the TV program US, where she appeared for three (3) episodes.

Maltida actually missed the audition for Tinsel, because the form was finished when she got there, but her friend found a rumpled form on the floor and encouraged her to use it.

After she got the role on Tinsel, she decided to leave her education in UNIBEN where she was studying English Language to focus on acting.

Maltida was nominated for the City people movie award for best supporting actress of the year in 2017.

Some of Maltida Obaseki movies are:

Maltida is married Arnold Mozia in Benin City on the 21st of September 2013, after having her first child a year before on 31st August 2012.

Maltida Obaseki net worth is estimated at $500,000. She is a popular Nigerian actress and featured I the award winning TV series Tinsel.

How old is Maltida Obaseki?

Who is Maltida Obaseki husband?

Maltida is married to Arnold Mozia, they have two children together, one was born in 2013, and the other in 2015.

Thank you for reading Maltida Obaseki biography and net worth, if you have any addition or correction, you can contact us or leave a comment below.

Remember to share with your friends on social media