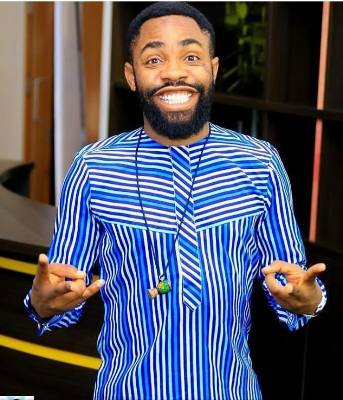 Woli Arole (Oluwatoyin Bayegun) is a Nigerian comedian, actor and online personality who was born in the city of Ibadan, Nigeria.

According to Woli Arole, he is a prophet, and has been able to predict future occurrences since he was a child. This explains why he plays the role of a prophet in most of his comedy skits.

He rose to fame on Instagram after a series of videos of him preaching the gospel in a comical way reminiscent of a prophet went viral.

In a short time, Woli Arole has been able to get more than half a million followers on Instagram.

He is also an actor, who has also featured in movies such as Alakada reloaded, Gold statue and the call.

An overview of Woli Arole profile:

Woli Arole net worth: Not yet available

Woli Arole whose real name is Oluwatoyin Bayegun was born on the 22nd of February 1990 in Ibadan state and hails from Ikare-Akoko, Ondo state.

According to Woli Arole in an interview, he has always been a prophet and always had the gift of premonition.

He said that, when he was young, he told a woman that she will have a baby named Samuel. Few years later, she gave birth and named the child Samuel.

He also claimed to have predicted Banky W marriage, of which the prediction video went viral on Instagram, way after he had forgotten making the prediction.

According to Woli Arole, he would have become a pastor if he wasn’t a comedian.

Woli had his primary education in Olapade Agoro Apata, Ibadan and his secondary education at the Government college, before getting admitted to study Psychology at the Obafemi Awolowo University (OAU).

He also obtained a degree in film making in 2020 from the Met film school in the UK.

Arole initially started his career as an actor and a stand-up comedian during his university days. He first gained attention on Instagram when he auditioned and became a finalist at the Ali baba spontaneity contest in Lagos.

He gained a lot of Instagram attention when a series of his videos, in which he was preaching the gospel in a comical way went viral on Instagram.

In short period of time, Woli Arole has been able to attract over half a million followers, who wait for every one of his videos.

Woli Arole has collaborated with some other popular comedians like Mr. macaroni, Seyi law and some others.

He usually renders his comedy in Yoruba and sometimes in English, and also has an international audience.

Woli Arole net worth has not yet been estimated. He has managed to get over half a million Instagram followers and makes money by doing shows, advertising on his social media page and also as an actor.

We will update this page, once Woli Arole net worth has been estimated.

Mr Macaroni biography and worth

If you want to follow Woli Arole on social media, you can do that on the below channels:

What is Woli Arole real name?

Where is Woli Arole from?

Woli Arole is from Ikare-Akoko, Ondo state and was born in Ibadan.

How old is Woli Arole?

What is Woli Arole net worth?

Woli Arole net worth has not yet been estimated yet. We will update this page, once we get more information.

We cannot confirm if Woli Arole is married.

Thank you for reading my Woli Arole biography, if you have anything to add or any correction to make, you can leave it in the comment section below.