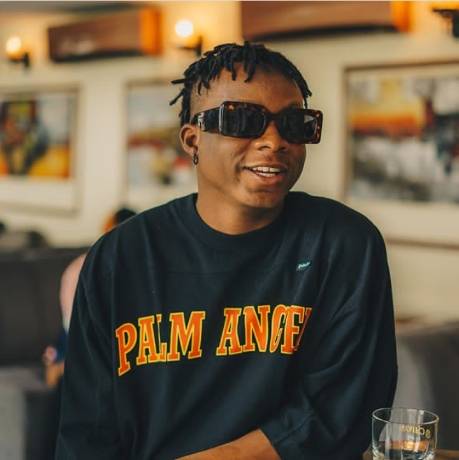 Terri (Terry Daniel Akinre) is a Nigerian singer and song writer who hails from Edo state and is signed to “Starboy”, the label of Nigerian superstar Wizkid.

Terri is one of the talented, fast rising artistes in Nigeria who rose to prominence after he caught the attention of Nigerian music superstar Wizkid by doing a cover of Wizkid and DJ Jimmy Jatt song titled Oshe.

After he was signed to Starboy label by Wizkid, he was featured on the Starboy song titled “Soco” alongside spotless, ceeza milli and Wizkid.

The song showed the world how talented Terri was, as his verse is one of the most recognizable in the song.

Many people feel that with proper promotion, Terri has what it takes to achieve the kind of success that artistes like Joeboy, Rema and fireboy have so far enjoyed in their careers.

If you want to read about Terri biography, Terri net worth, Terri career, Terri education, Terri songs, Terri early life, then you are in the right place.

Remember to leave us a comment after reading and also share with your friends on social media.

Bella Shmurda biography and net worth

An overview of Starboy Terri profile:

Terri net worth: Not yet available

Terri whose real name is Terry Daniel Akinre is a Nigerian singer and song writer who was born on the 27th of May 1999 in Ifako-Ijaye, Lagos state.

Terri is from Edo state and was born in a family of four, of which he is the oldest. He started doing music at a very young age, and started paying for studio session at age 15.

Terri completed his primary and secondary education in Lagos state, and was admitted to study Marine insurance in the University of Lagos (UNILAG) in 2017. He later dropped out to pursue his music career.

According to Terri, he still has plans of going back to school.

Terri started doing music at a very young age, and started paying for studio sessions at the age of 15. He started with the name “Stoned teezy”.

He also had a five track EP titled “Outchea”. According to Terri, he really started to do professional music at the age of 17 before he got a record deal at the age of 18.

In 2018, Terri did a cover of DJ Jimmy Jatt song “Oshe” featuring Wizkid, this caught Wizkid attention, and he signed Terri to his record label “Starboy”.

Many criticisms have been aimed at Wizkid for not investing much into Terri’s career, who many people feel has the talent to match Rema, Joeboy and fireboy, whom Terri has been compared to in the past.

Some songs in which Terri has featured in are:

Crayon biography and net worth

Terri net worth is not yet known. He is still an upcoming artiste with lots of talent and is signed under the Label of one of the best artiste in Africa.

As soon as Starboy Terri net worth can be estimated, we will update this post with that information.

If you want to follow Terri on social media, you can do that on the following channels:

What is Terri real name?

How old is Starboy Terri?

What is Terri record label?

Where is Terri from?

Terri is from Edo state, but he was born and grew up in Lagos state.

Thank you for reading my Starboy Terri biography and net worth. If you have anything to add, or if you have corrections, you can leave them in the comment section below.