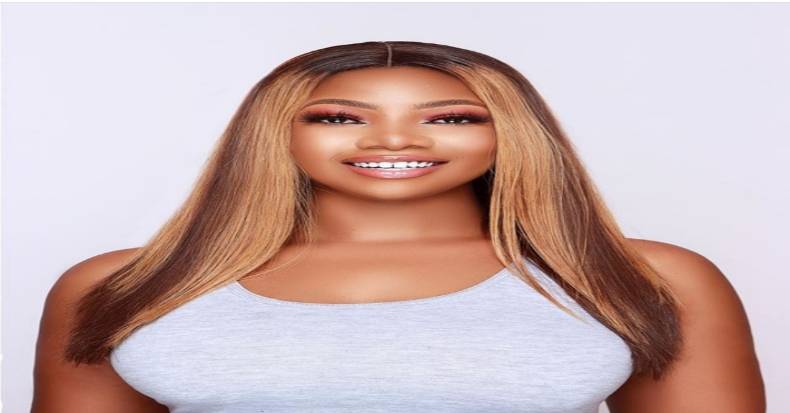 Tacha is a make-up artiste, YouTuber, businesswoman and social media influencer. Even though tacha didn’t win the big brother naija “Pepper dem” edition, she remains one of the most popular housemates to have come out of the Bbnaija house.

Her controversial behavior in the Big brother naija house gained her a lot of haters as well as hardcore fans, who are known as “Tacha titans”.

Even after the big brother show ended, her fans kept her trending on social media with various tacha hashtags. She definitely has one of the most aggressive fanbase in the history of Bbnaija.

BBnaija Mercy biography and net worth

Before we get into tacha biography, let us see an overview of PH’s first daughter.

Tacha (Anita Natacha Akide) was born on the 23rd of December 1995, and is a former Bbnaija pepper Dem edition housemate, she was disqualified on the 89th day for having three strikes when she confronted fellow bbnaija housemate Mercy Eke.

Tacha hails from Port Harcourt, Rivers state and is originally from Ijaw, a Kalabari tribe of river state in the eastern Niger Delta region of Nigeria.

She was born in a working class family in Port Harcourt city, both of Tacha’s parents are dead, meaning she is an orphan.

She attended the Ignatius Ajuru University of education in Port Harcourt, Rivers state, were she obtained a bachelor’s degree in English language.

Tacha is a make-up artiste, Vlogger and social media influencer. Before entering the big brother house, tacha was already popular, as she had over 300,000 Instagram followers.

She first gained popularity when she drew a tattoo of Nigerian superstar artiste “davido” on her chest, this attracted the attention of davido, who commented on her Instagram post and also followed her.

When she was asked why she drew the tattoo, she said it was her way of expressing her love for the artiste.

Also, she was known for posting twerking videos on her Instagram, as a very beautiful girl with a great body, she was able to attract many fans.

Tacha was part of the bbnaija reality show “Pepper dem” edition, it was here that she really gained popularity. Her controversial behavior in the house, drew a lot of criticism and also gained a new fan base that are referred to as “tacha titans”.

She was disqualified on the 89th day after receiving her third strike for having a heated argument with fellow bbnaija housemate and eventual winner “Mercy Eke”.

After the bbnaija show, Tacha’s fan base has only grown bigger, her fans always find a way to make her trend on social media using various hashtags.

Tacha is also a business woman, she is a make-up artiste, Vlogger and also a social media influencer with over a million Instagram followers.

She is the owner of @everythingtacha, an online make up store on Instagram.

Not much is known about Tacha boyfriend, but she has said in the past that she has a boyfriend, and he is the one who usually recorded her twerking videos that she posted on her Instagram page.

There have also been rumors of her dating Nigerian singer Naira Marley, as she is always seen dancing to his songs.

Tacha net worth is estimated at $300,000. Tacha makes money as a business woman, she helps big companies promote their brand on her Instagram page that has over a million followers.

She is the owner of @everythingtacha, an online make-up store on Instagram.

According to sources, she also received over a 100 million after leaving the big brother naija house. All in all, as her brands continue to grow, she will definitely continue to make more money.

Poco Lee biography and net worth

Tacha has said in the past that getting accepted into the big brother naija house is the highlight of her career.

Tacha was criticized for her behavior in the bbnaija house, for acting rudely to other housemates and a plain disregard for the rules that saw her disqualified.

Tacha has said in the past, that she is a very spontaneous, loud, interesting, lively and fun person to be around.

Tacha has a large presence on social media, boasting of over a million followers.

She became the first Nigerian to be followed by twitter CEO Jack Dorsey.

Thank you for reading my tacha bbnaija biography, if you have any corrections/additions, you can leave them in the comment section below.